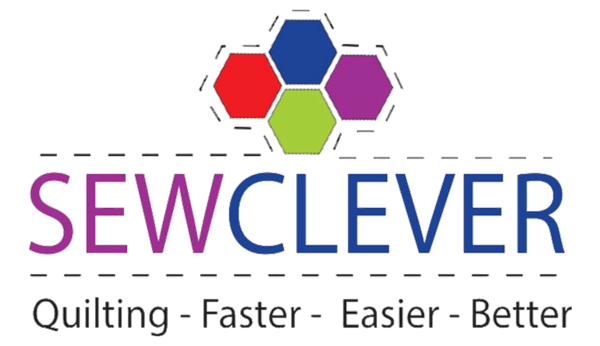 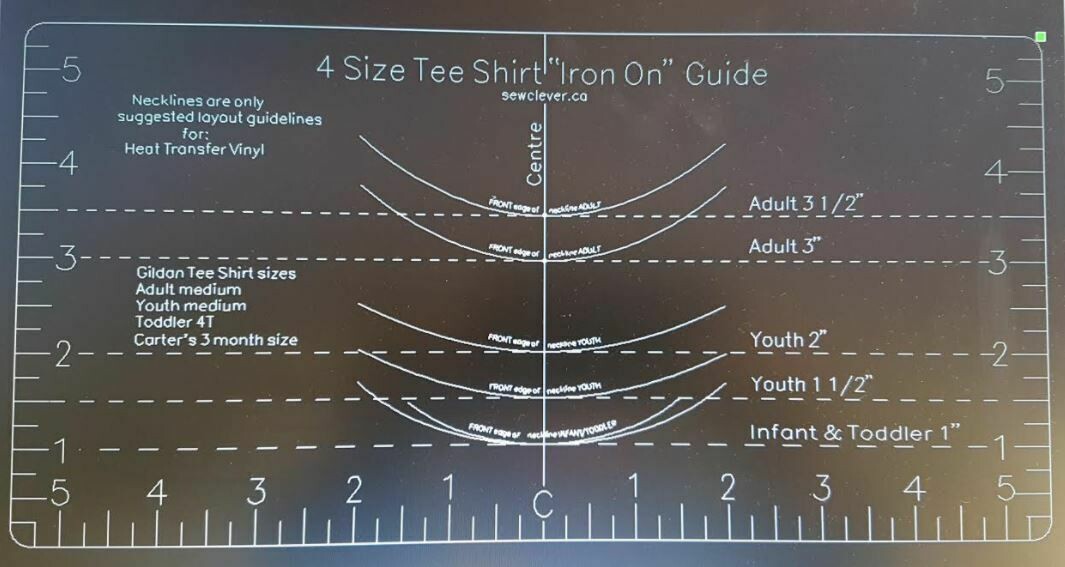 This template has 4 convenient sizes in one for placing the iron on design to the desired location.

Template has 1/8", 1/4", 3/4", 1" easy to read measurements along the bottom and on both sides with a Centre line for accurate placement.

Save this product for later

We are a Canadian small business company that provides crafters, quilters and long arm quilters with accurate (1/8" and 1/4") clear acrylic, custom templates and long arm rulers along with a section of fun scrapbuster projects.

Using templates allows you to maintain accurate, precise cutting every time with maximizing your fabric and time saved to have less UFO projects.

I'm very thankful for SewClever,  I was working on a quilt pattern that had odd angles. Thankfully I was able to order templates that took the guesswork out of my fabric cutting and trimming.  The result was a huge time saver and no fabric was "used in a dog bed donation".

I love making Emmaline Bags' NCW and Retreat Bag 2.0 in both sizes.  Having  SewClever's templates for these great projects has enabled me to cut out all the pieces with efficiency and accuracy.  Very valuable and worth every penny in my time saved. 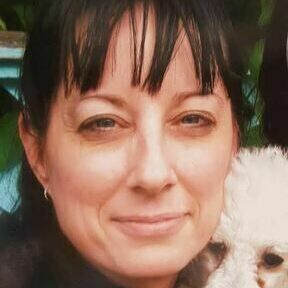 Lauri grew up with a mom that "taught" her how to sew by "unstitching" for her. At a young age she made crafty things from her mom's leftovers of fabric, yarn for knitting, sewing clothes for dolls and as she grew older, she was often in the garage helping her dad build projects. Her paternal side of the family gave her the ability to make and create.  Her grandfather was a blacksmith and used his abilities for his trade and her grandmother who could craft as well both passed their abilities down to their children and grandchildren.

She received her mom's 1957 Elna when her mom purchased a new machine and Lauri used this Elna for many years, making garments for herself and her children.  Similar to many other quilters, after making garments, as her children got older, she entered into the realm of the quilting world.  After purchasing a long arm machine in 2011 she soon became frustrated not finding the type of long arm ruler(s) she wanted, so she started developing and creating her own long arm ruler designs which she made for herself and other quilt friends that either wanted quilting patterns made into templates or her designed long arm rulers.

Whether creating long arm rulers, templates, she has also digitized her friends's drawings into digitized designs for their long arm's computer to stitch out on their quilts.

She enjoys making quilting, "Faster, Easier and Better" for her friends and their projects so they are able to take them from start to finish with less UFO holdbacks.  Templates are a reliable tool to add to your quilting toolbox to enable you to cut multiple layers of fabric, accurately resulting in optimizing your fabric and time.

Since her first English Paper Piecing project she started in August 2018 (which she designed a template to be able to cut over 100, 3/4" hexi's at one time), to starting to design patterns and learning to laser cut fabric into precuts, appliqué shapes and designs, keeps her dreaming of endless possibilities.

Orders can be picked up or dropped off at the quilt shop Trapunto.  Easy to locate and parking is in the back at the shop.   All monetary transactions are handled through Sew Clever Inc. and will not be addressed by Trapunto or their staff.

Anyone sick with cold-like symptoms such as cough, fever, runny nose, sore throat or shortness of breath will not be permitted.- Masks and hand sanitizer are mandatory. If you do not have a mask we will provide one for you. Mouth and/or face shields are not permitted.- Your mask must remain on at all times and cover your mouth and nose. Exemptions to the bylaw are children under 2 years old and people with underlying medical conditions or disabilities that prevent them from safely wearing a face covering, and those who cannot wear or remove one without assistance. If you are someone with an underlying medical condition or living with a disability and are unable to wear a mask in the store, we encourage you to shop online and take advantage of our curbside pickup.- A maximum of 6 people in the store at one time as per our usable square footage. If the door is locked – we are at capacity. When someone exits, you will be allowed to enter.- Contact information is collected as per “Relaunching Operations: Additional considerations.” General Relaunch Guidance, Government of Alberta, June 2020, p. 8.